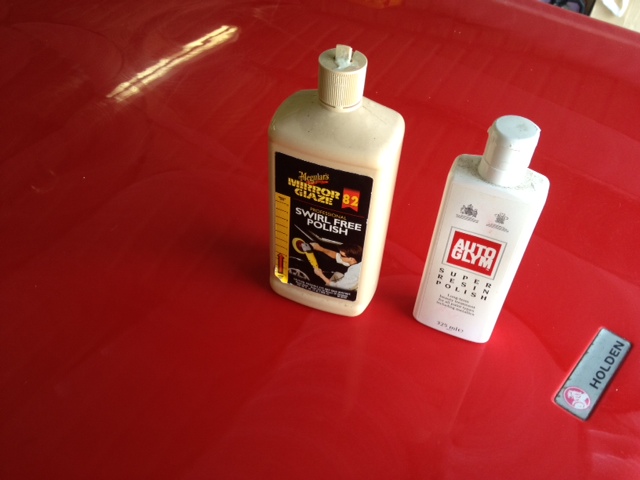 Along our travels as professional car detailers and carrying out paint correction on some rather heavily damaged cars, we sometimes decide to do a write up on some of the cars that are entrusted to us for paint restoration. Restoring cars with paint correction and seeing just what is possible is a sight to behold once a car has been restored from weathered, scratched, faded or just downright stuffed up paint. So we decide to do some write-ups on some of these cars so you can see just how good cars can look when treated by a paint correction professional
Although this page is new it will slowly fill out with more and more cars on car detailing jobs, so please drop by and a have a look at some
of our works and most of all….Enjoy

First Off, Our local motor trimmers car. The TQ Ute

Although this page is new it will slowly fill out with more and more cars on car detailing jobs, so please drop by and a have a looky at some
of our works and most of all….Enjoy

First Off, Our local motor trimmers car. The TQ Ute

It’s been a while since I posted anything anywhere at all lately about car detailing but I did this job today which I was quite impressed with that I had to post some of the results that came from it. I was down at my motor trimmers to pick up the wife’s run around heap after having the hood lining replaced and couldn’t help but notice the trimmers workhorse looking a little worse for ware.

Nothing special, just a run around for materials and going to work. Upon discussion with my friend he suggested I just give it a once over and just brighten up a bit. I said sure no problem. So I took the car home and couldn’t wait to get started on this little project.

Once I inspected this car under lighting I quickly discovered it was generally a car that was abused by coffee car washes judging from the myriad of scratches in the paint work but, the scratches weren’t the problem. Typical fading, dulling, loads of surface webbing and stains. This was TOOOO easy and I new the results were gonna be stunning once completed. After all, paint correction was not on the agenda.

It was just really a paint clean. A once over, so I quickly conjured a combination using old school Meguairs and Super Resin Polish.I did do two passes just to make the guy happy. Besides, I wanted to see what this polishing combination could achieve.Initially starting out, this was some of the images before any polishing The two polishes involved were pretty simple considering there was no real paint correction involved. Good old Meguiars swirl free polish to get rid of the fade and hairline swirls followed by Autoglym Super Resin Polish to really fine down the finish.

The paint fade on Micks car wasn’t really that bad from a car detailing effort so I knew it wouldn’t need all that much to remove the fade together with a lot of swirl marks and other light scratches. This ute is only ever a workhorse so Mick wasn’t really that interested in levels of paint correction or turning it into a glass mirror with pass after pass. Check out some of these before shots of this commodore that looked somewhat dreary 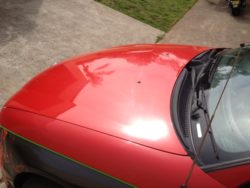 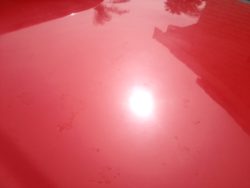 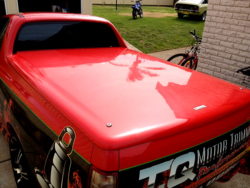 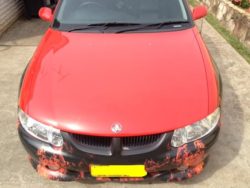 when you let go of your car’s appearance and generally don’t care for your car paint. Although this car didn’t need any real or serious paint correction, when paint gets to this stage and is left to proceed any further, it quickly goes from looking like a flat fade to looking like a deteriorated fade. When it gets to the deterioration level, it’s too late and the only option left is to respray the panel or car itself. Luckily for Mick it wasn’t too late

Why Was I using Meguiars Swirl Free Polish ?

There are different types of paints and different types of paint damageThe purpose of using Meguiars Swirl free polish here, was to eliminate all the swirling and dead paint that was hiding that killer shine that was underneath all that crap. Little did Mick know what was coming or what his ute really looked like under all that paint fade. Paint fade usually isn’t an issue unless you turn a blind eye to it and allow it to continue to the point where the paint starts to deteriorate. No amount of car detailing or paint correction will save it after that. A respray will be in order 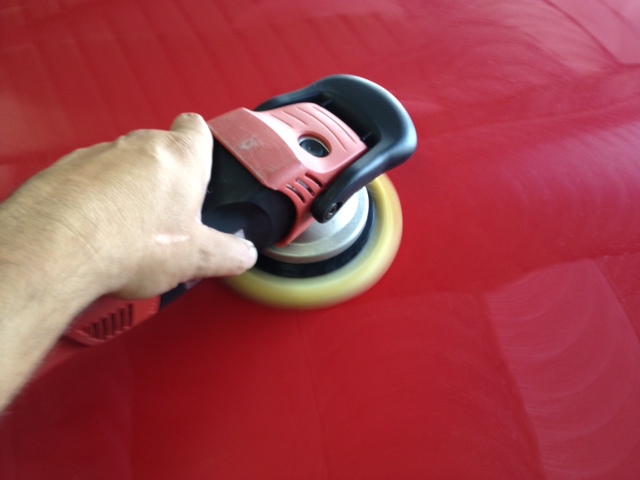 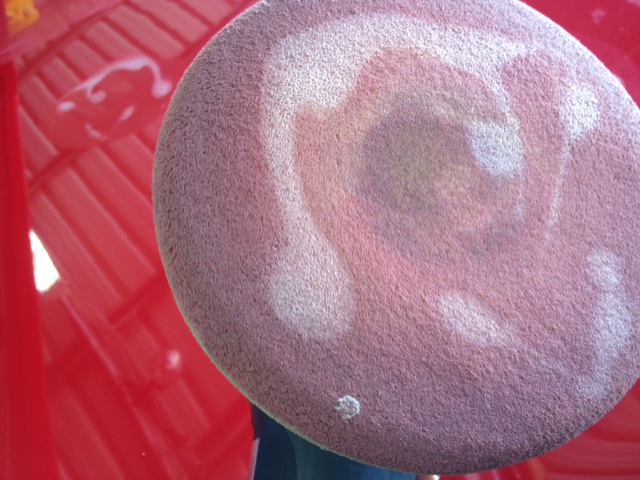 This initially wasn’t suppose to be any major paint correction procedure as stated before but merely a clean up.
I didn’t even clay bar the surface as 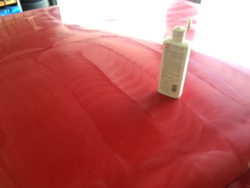 there wasn’t any real contaminants or bad textures so I took to the paint straight with the swirl free polishing compound and it worked an absolute treat.

The Pad Was Filling Up With Dead Paint

Looking at the pad here, you can see clearly that there is loads of dead paint on the paid. After any polishing the usual method is to apply a sealer but in this case what I was trying to achieve was the strongest possible gloss so I hit it a second time ( even though I wasn’t suppose to ) with Super resin polish. Now Super resin polish really isn’t what I call a polish in its own right but more like a shining polish.

It has excellent properties as far as putting a strong gloss on paint surfaces from a polishing perspective. In this
case however I did not buff right off but 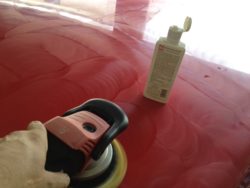 let it set on the paint surface to give some sealing ability.

For the stay at home guy who likes to polish his own car, this is a good car polish to use if you’ve got a decent enough surface.

With your general car detailing, apply this polish on the outside with an orbital buff, let it set for about half hour and then wipe off and you should find a nice glossy finish underneath but, if you want to do it the proper way, applying a proper paint sealer or wax is the right way to go.

It must also be taken into consideration that Super Resin Polish is a filler so if you have swirls that you want to remove, you will have to use a swirl remover, not a filler like Super Resin Polish. I removed the swirls off this car and used SRP for its glossing properties which worked great

The End Result For The TQ Ute 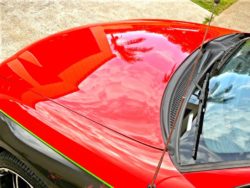 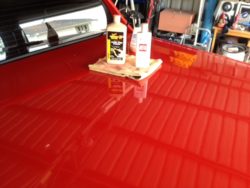 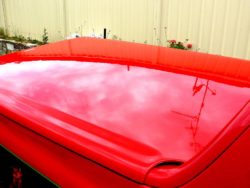 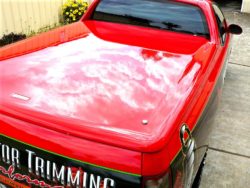 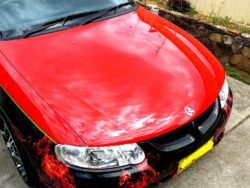 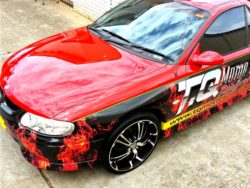 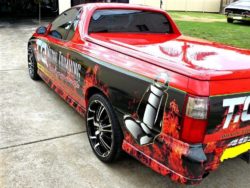 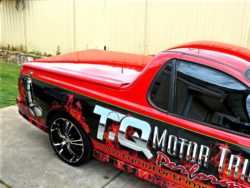