What Is Stage 1 Paint Correction 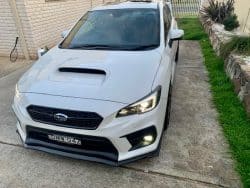 Do you think you need a stage one paint correction treatment? Do you own a car that is covered in swirl marks, holograms, or just basically very light paint imperfection that you would otherwise believe that a simple cut and polish would restore?

We’ll, it’s not always the case when it comes to paint correction and it’s very rarely actually that a simple buff and polish from your local car detailer is ever going to fix a car that is riddled with swirl marks or holograms.

So What Is Stage One Paint Correction Meant For ?

In many cases, as stated earlier, many car owners confuse stage 1 paint correction with a simple buff and polish treatment which is not really the case.

We often have customers ask us if 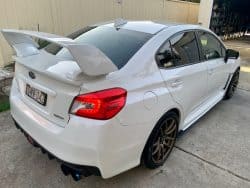 we can actually do a quick cut and polish on an, otherwise severely damaged car paint surface that really requires some type of paint correction.

Paint correction is actually designed to remove paint imperfections from damaged paint surfaces. a quick cut and polish, although it does shine paint does not always usually remove anywhere near enough damaged car paint and usually requires a minimum a stage one paint correction treatment.

Stage 1 paint correction is designed to permanently remove what your every dau buff and polish can’t remove…scratches and swirl marks ….that run deeper than top surface. This is the next level down from car detailing that invo0lovces buff and polishing. Being a three-step approach, this also includes paint protection coatings Stage 1 paint correction is still what is considered a soft paint ccorrection treatment

What Is Used In Stage 1 Paint Correction? 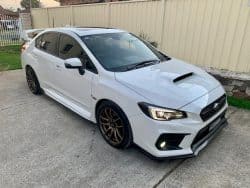 This will usually commence with a forced rotation on a choice of pad and cutting compound.

The majority of times, it is always the choice of buffing pad that will determine the depth or strength of the correction process.

This combined together with the selection of cutting compound will determine the level of damage removed from paint surfaces and how deep the cut into the surface really goes. It is basically a paint correction treatment that is really designed to remove as much damage as possible without sacrificing extreme levels of paint depth.

Most professional car detailers always exercise caution in determining what machine selection, buffing pad and compound selection they will make in order to preserve as much paint as possible