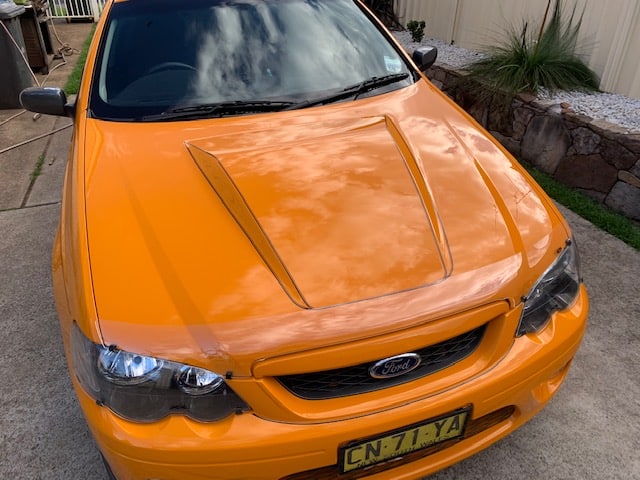 I have to admit, this is probably one of the finest  XR8’S I have seen in a long time.

Low kays with an exceptional body and not a dent or a scratch in sight.

The car’s overall appearance was impeccable from a gloss point but it did lack depth when it came to colour.

It was a shame the day was really poor with light and we couldn’t capture the true gloss and colour enhancement that was achieved with the treatment in question.

To start, the initial paint correction service before the paint protection application was only required to be a mild one as there wasn’t very many scratches in it but I figured, I really want this baby to glow, so I chose my combination carefully without having to rip out too much material.

I did choose a new microfiber pad from  Megs but being the pad that it is which can remove sanding marks just on orbital, I decided to back off the strength of the abrasive and used a 60/40 two in one combination. 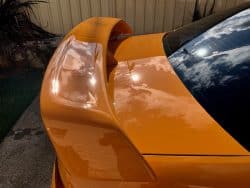 The paint on this Ford was actually pretty hard and wasn’t cutting so easy but slow and steady is what I prefer rather than rushing the job. My intention was one and that was to remove anything possible that was in g the paint job itself.

After going nice and slow, the car was w finished and ready for a synthetic sealer which is no longer available in Australia.

Disappointingly Meguiars no longer sell this paint sealer in Australia and it has to be ordered in. I keep this product mostly for my own cars  but sometimes use it on a customer vehicle where I Believe it will serve well.

End result was a nice paint shine and lasting protection. On pick up, the customer was absolutely beside himself and didn’t know what to say about how his car was just transformed.

It always stands to reason that when you use the right products with a skill set, you just win. If you are not sure what you are doing with your own ride, you really should be handing it over to high end car detailing service